Version 2022.10 of the Criteo API is live as of October 25, 2022. This is a stable API version and will be supported until October 31, 2023. Our corresponding client libraries (Python, Java, and PHP) and Postman have been updated with the new version.

In this update, there are some changes to already existing preview endpoints.  In addition to the APIs themselves, we have also updated the layout of the Criteo Developer Portal to improve usability.

Upcoming Release Notification
Starting with this release, Criteo will automatically send all developers an email if they are using an endpoint that is no longer supported or soon to be deprecated. This will allow developers to avoid any disturbance to their connection.

The most update to date version of Criteo’s version strategy can be found in the developer portal.

API Status
A new section has been added to the API Partner Portal. When developers view the app details for any app configured with client credentials, they can now see a status panel. This gives users insight into errors that there may be with their app. Current errors are being shown related to consents granted using Connectors.

By viewing the full report, users can see a description and details of any errors that have occurred in the past three months. 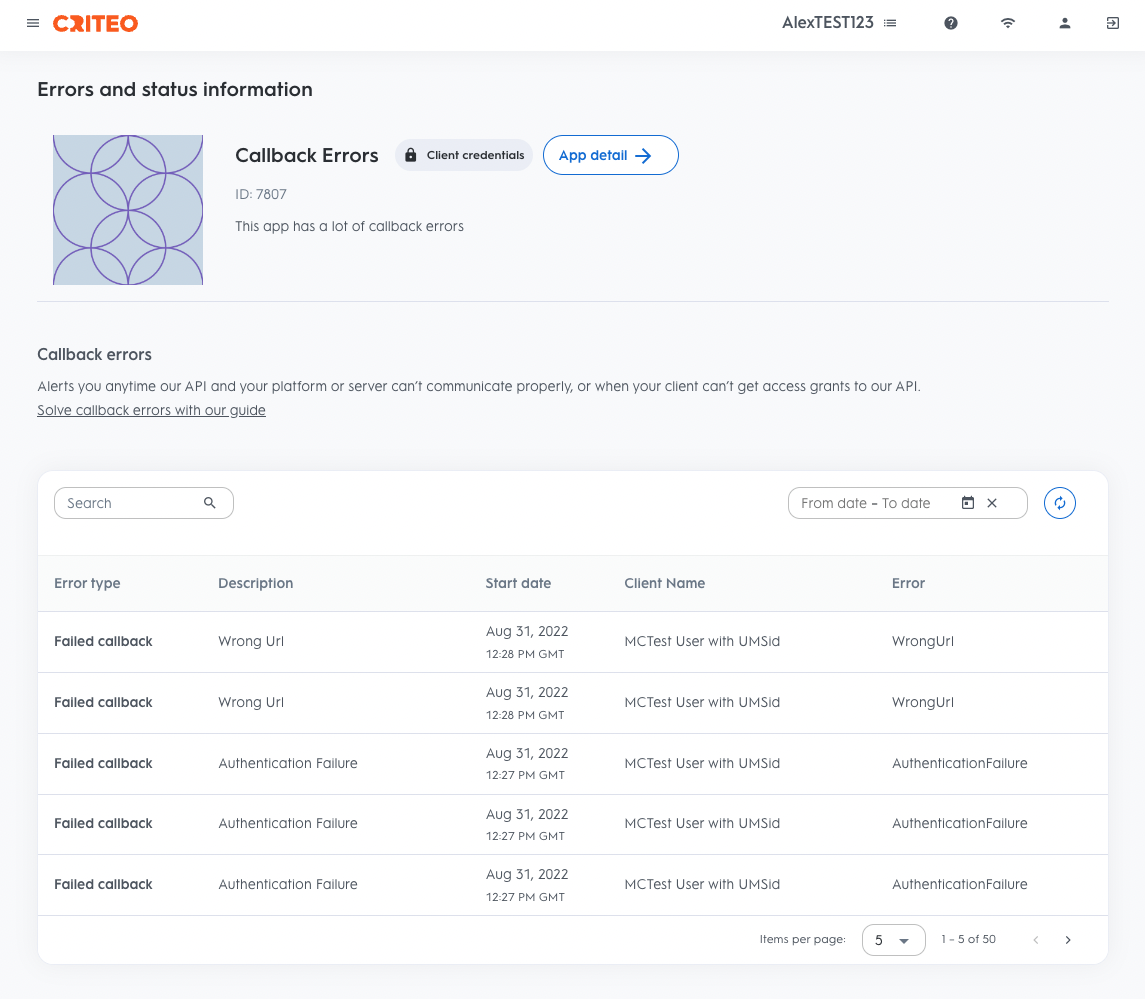 In the preview version of the API, the following changes were made. The Creatives endpoints have been updated. This is a removal of one of the API verbs, the GET option has been removed, but POST is still accessible for the same endpoint. The endpoint and verb that have been removed are:

For the Audience endpoints, there is a new Contact List workflow has been added. This allows the creation of one or more Contact List audience segments to target existing customers based on their emails or other identifiers.

Finally, Ad Set creation has been reactivated. This was temporarily removed in a previous release but is now available for developers again.